Below are a few tips for troubleshooting if you're not seeing the traffic you want. If you get stuck, don't hesitate to talk to us! We're more than happy to help.

The Akita client is not capturing traffic

This section describes what to do if you have started the Akita CLI but no metrics or models are appearing in the Akita Console.

If nothing is showing up, one reason could be that the Akita client isn't seeing the traffic it's expecting to see. In the Akita Console, navigate to the "Service Diagnostics" link in the sidebar, and select the "Traffic" tab. 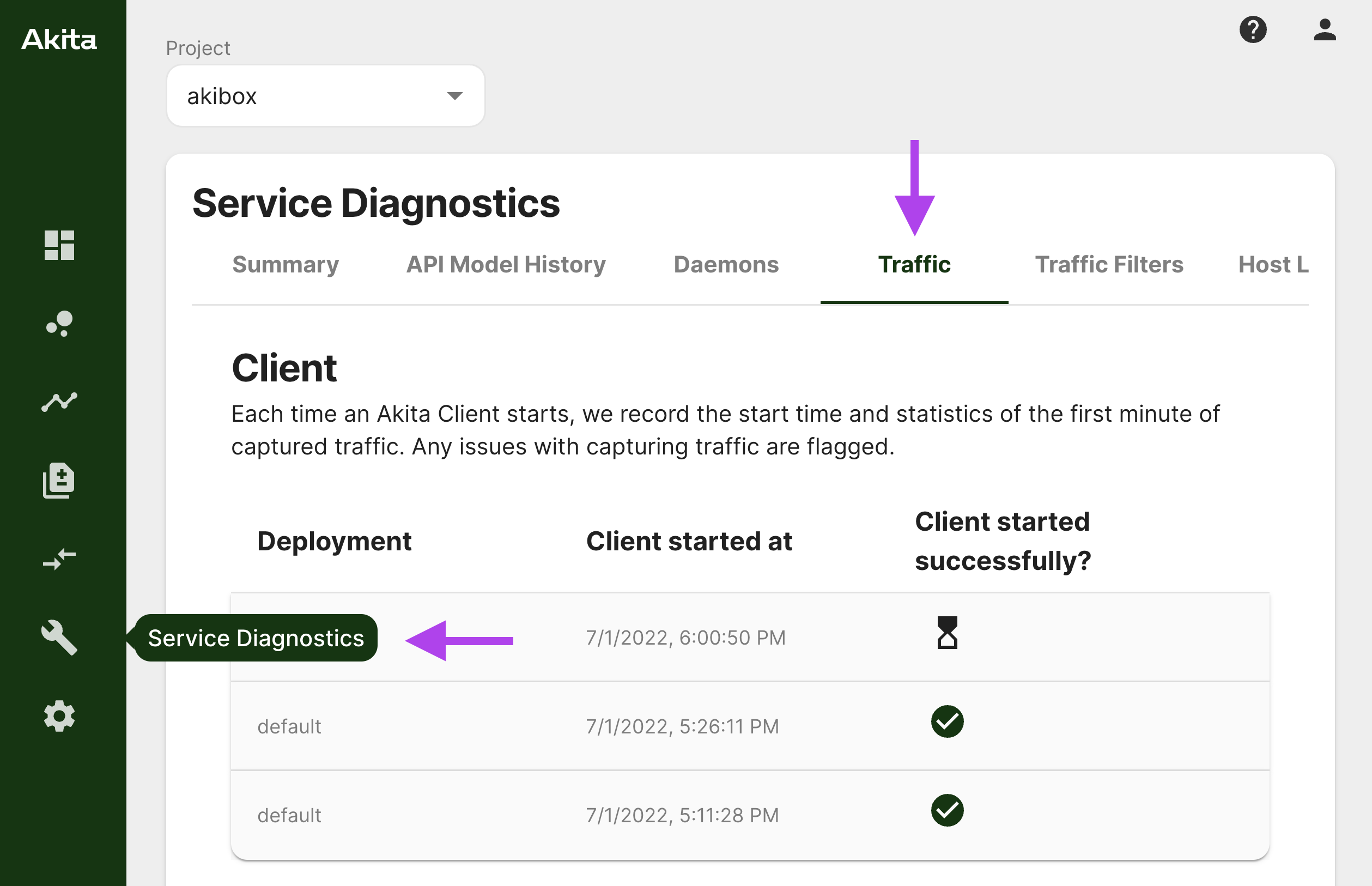 Each time an Akita Client starts, the client registers with the backend and monitors packet capture health over the course of one minute after initialization. Clients that fail to capture traffic within the first minute will appear with a warning status on this page.

Each row expands to show warning messages (if applicable) along with packet capture statistics. 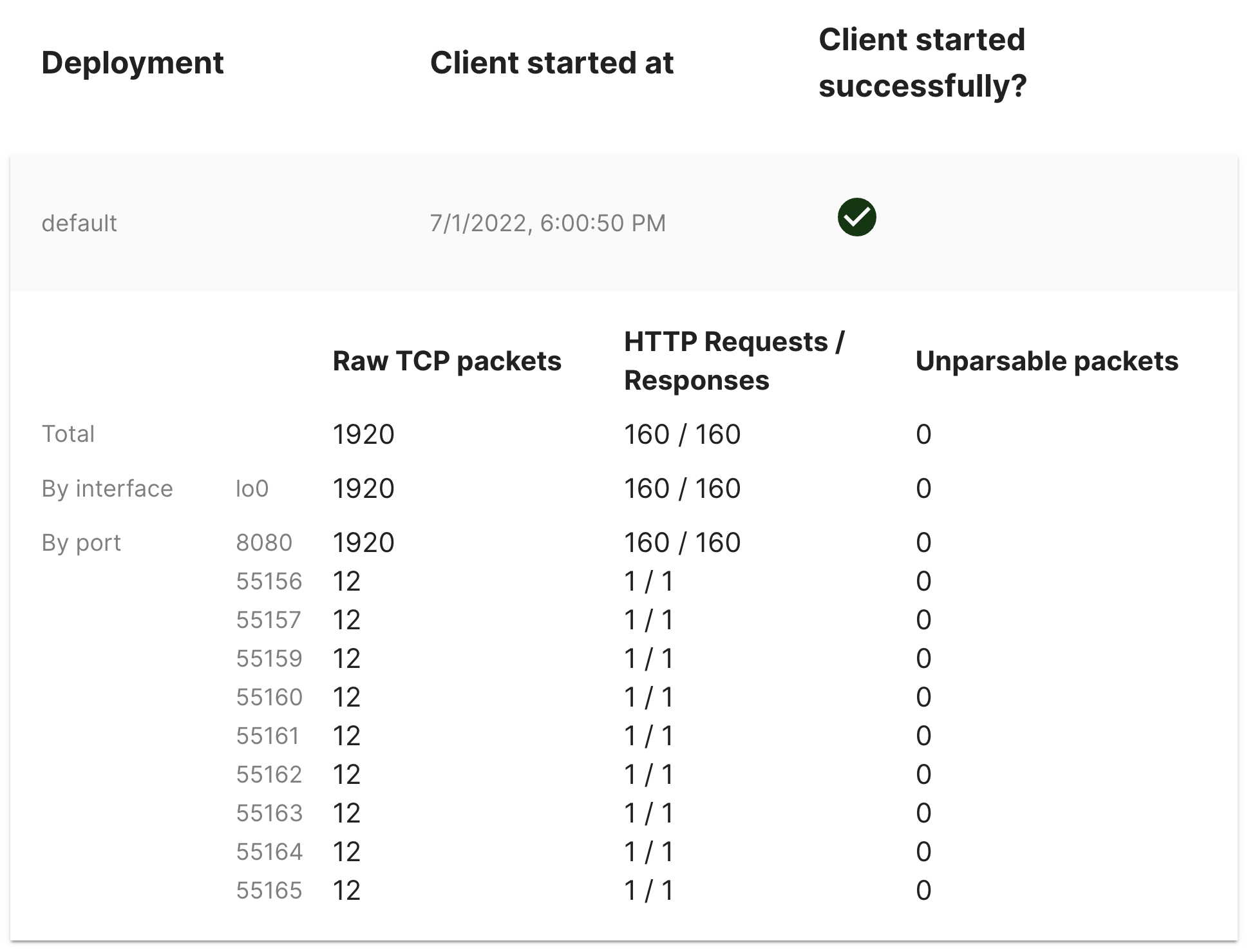 Here are a few things to look for:

The Akita CLI will show an error if the collection of API traffic fails or results in an empty trace. Possible causes include:

See the Diagnostics section in the apidump command for more information.

Test that Akita saw all your endpoints

Once you run Akita, here’s how you can test that your setup worked. First, use apidump to capture traffic to your service and store it in a local trace.

Getting HAR Files From Docker

If you run apidump in Docker, then you'll need to mount a volume in order to access the HAR files outside of Docker.

Traces are formatted as HAR files, which use a JSON encoding to represent traffic. If you install the jq utility, you can use the following command to list the endpoints in the HAR files.

You can also print the contents of each request, rather than just the endpoint. Additional information can often be found in the request headers, like the host and port receiving the request.

What If I don't have server traffic?

If you want to generate an API model by accessing an AJAX website, check out OpenAPI Spec Generator Chrome Extension.